No driver found at wreck 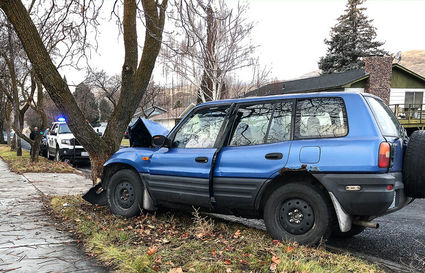 Police (in the background) found no driver at the scene of a car crash in Coulee Dam Sunday morning. - Scott Hunter photo

Police officers responding to a reported car crash in Coulee Dam Sunday morning found no sign of a driver, except for a blood trail.

A Colville Tribal Police officer Coulee Dam Police Chief were following a trail that went nowhere as a reporter arrived.

Neighbors later reported having seen the driver walk away from the seen at 1109 River Drive, which is also SR-155.