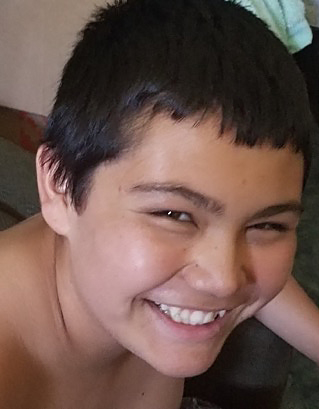 The grandmother of a 14-year-old boy is asking anyone who sees him to report it to Colville Tribal Police.

Cathy Covington says she's been raising Javante Picard since he was 3 years old and that he's had minor problems at school, but plans are already put in place to help him.

But on Sept. 26, she says, someone picked him up at the bus stop, and he didn't make it to Lake Roosevelt Junior-Senior High School. She hasn't seen him since, but believes he's near Nespelem.

Covington has contacted tribal police and has posted his photo publicly around the area.

Colville Tribal Police Chief William Bob said officers are "actively looking" for Pakootas and believe he is still in the area.

"People believe he's in different places" and tell police, who then check it out, Bob said.

Covington said Tuesday evening that she'd been told by "a kid" that day that Picard was staying in a local home because the woman there allows him to smoke.

"This is so unreal," Covington said. "I feel like I'm in a nightmare."

She said she's been told by half a dozen people earlier that Picard is in that home, but tribal police have said they can't enter the home on that basis, and that he isn't really missing if she thinks he's there.

She said one officer did tell her he had gone to the residence, "and no one opened the door, so they left."

"I want them to define 'actively looking for him,'" she said.