Dependent on US Congress approval 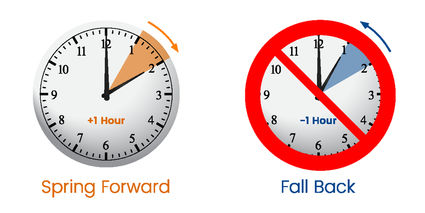 If the U.S. Congress eventually approves, Washington residents won't have to switch between standard and daylight savings times, by just not falling back in the fall.

House Bill 1196 was introduced by Rep. Marcus Riccelli, D-Spokane, and has gained traction over the course of the session, passing the House on March 9 in an 89-7 vote.

The version that passed the Senate clarifies that Washington would simply not change the clocks in November after approval is given by Congress.

Sen. Sam Hunt, D- Olympia, cited California and Oregon, who are pursuing the move to year-round daylight saving time and said leaders in British Columbia are supportive of considering a similar change there. Hunt hopes to avoid "gyrating time zones" with this move.

Sen. Jim Honeyford, R-Sunnyside, has proposed forms of this legislation over the last three years and supported the bill as a whole.

Sen. Mark Mullet, D-Issaquah, put forward an amendment to send this measure to a vote of the people. The amendment failed, mainly due to the costs that are associated with sending a referendum out for a vote. The Senate version will head back to the House for approval before going to Gov. Jay Inslee to be signed in to law.