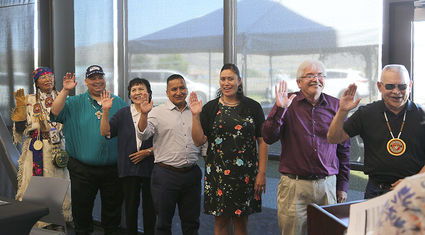 Rodney Cawston was named the new chairman of the Colville Business Council July 12 after a ceremony in which seven recently elected council members were sworn into office and positions were assigned to the 14 members of the CBC.

At the Lucy Covington Government Center near Nespelem Thursday morning, the oath of office ceremony started with traditional native American songs and drumming, and a...