Traffic stop leads to heroin and meth busts amounting to $1.2M in drugs 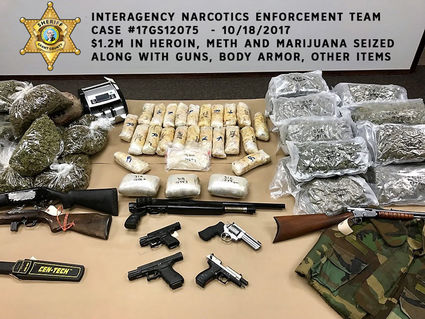 Items collected during the bust.