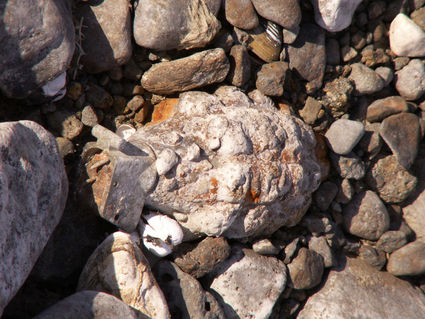 A very old grenade was found among the rocks and mollusks in the Columbia River bed in the reservoir above Wanapum Dam, now drawn down for maintenance on the dam.

The WSP bomb squad responded and detonated the grenade. Local residents in Sunland Estates and Vantage may have heard the explosion.

The grenade was a fragmentation style device of a style developed for use during World War II. The style was used by U.S. armed forces until the late-1960s.

The grenade was rusty and had apparently been in the river a long time. We don't know how long, nor do we know who put it there.

No one was hurt.