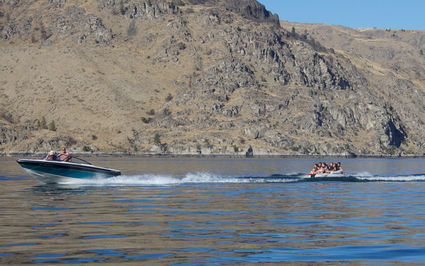 A recent study by the National Park Service shows how a strong visitor base pumps money into local economies.

A report on the 2012 season showed that the Lake Roosevelt National Recreational Area had nearly 1.8 million visits in 2012.

That resulted in more than $71 million being spent in nearby communities, the report stated.

The LRNRA stretches from Grand Coulee Dam almost to the Canadian line, a 151-mile stretch that follows the Columbia River.

That spending in communities within 60 miles of the recreation area supported 899 jobs, and $24 million in earned income for workers.

"Lake Roosevelt is proud to welcome visitors from across the country and around the world," NP Superintendent Dan Foster stated. "We are delighted to share the story of this place and the experiences it provides and to use the park as a way to introduce our visitors to this part of the country and all that it offers. National park tourism is a significant driver in the national economy - returning $10 for every $1 invested in the National Park Service - and it's a big factor in our local economy as well. We appreciate the partnership and support of our neighbors and are glad to be able to give back by helping to sustain local communities."

The peer-reviewed report was conducted by U.S. Geological Survey economists Catherine Culliname Thomas, Christopher Huber, and Lynne Koontz of the NPS. The report shows $14.7 billion of direct spending by 283 million park visits in communities within 60 miles of a national park.

This spending supported 243,000 jobs nationally, with 201,000 jobs found in these gateway communities, and had a cumulative benefit to the U.S. economy of $26.75 billion.

According to the report, most visitor spending supports jobs in restaurants, grocery and convenience stores (39 percent), hotels, motels and B&Bs (27 percent), and other amusement and recreation (20 percent).

Peggy Nevsimal, executive director of the Grand Coulee Dam Area Chamber of Commerce, said Tuesday that the economic influence of visitors to the area is "huge."

"Visitors to our area are vital to our overall economy, and most businesses benefit from those who visit our area," she said.