Gems in the Coulee: Jim Barry 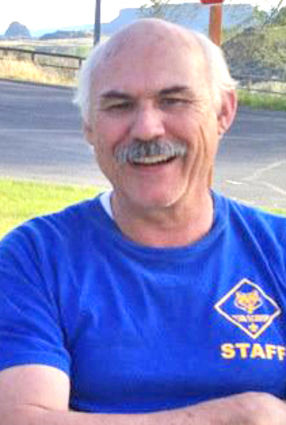 This is a different kind of Gem in the Coulee. The man I speak about today is a father, first and above everything else. He prefers to work behind the scenes and let others be the face of success and importance, but make no mistake, Jim Barry is a Gem.

He has raised 12 kids here in the Coulee and has established himself as a dedicated father, husband, grandfather, employee and volunteer.

In 1985, a family moved in to a house very close to my grandmother's. All we knew then was that they had eight kids and excitement grew. I was lucky to have one of those Barry kids in my class. James was a small quiet kid back then, but as we grew up together, I found that James had a sense of humor and a lot of energy.

Twelve kids raised in our school district and I cannot think of one time when one of them was in trouble. I'm sure they had their moments, but it was dealt with and forgotten. Cassandra, James, Marc, Chris, Catherine, Matthew, Johanna, Mylan, Tiffany, Jessica, Jonathan, and Kim - all pretty cool in different ways. All out having families and careers of their own, including 42 grandkids and counting, making two parents really proud at home in Electric City.

Jim might go unnoticed most of the time. You have seen him if you have gone to a football game or basketball game in the last 15 years. He is there taking your money. If you were involved with the Boy Scouts at all here in the Coulee, you know him too. He has been involved with Scouts since he was 8 years old and has won and achieved just about every award you can get, including doing some leading in Spain.

He also works at the USBR. "If you want something done, Jim will get it done," one fellow employee told me with all the seriousness a man can have, "and not complain about it."

Jim is also respected in his church and is dedicated to his faith just as much as he is his children.

I mentioned the Barry family in a column about six months ago and that got me thinking about Jim being a Gem. He is in the background supporting everyone so they can succeed, and in turn he does too.

His wife Joette is very much in the forefront of the community, being on the school board, in the public library and as a basketball referee. But as she told me, she would not be able to do any of those things without Jim supporting her 100 percent. On many occasions Jim has had to come home to an army of hungry kids just as his wife is heading out to go to a meeting or a game. "He has never complained, he just does it," Joette said. He cooks, cleans, whatever the kids need. "He gets his aerobic exercise when he comes home from work," she added with a little laugh.

It's plain to see that he loves kids and the youth in the community, and that is why he keeps on giving his time to the school sports. "He is a volunteer that you just know is going to show up and be very professional," Rich Black, athletic director for LRHS, said.

But even with all this said about Jim, there are two things that I learned about him, not only by interviewing a few people but from my own personal experience over the years.

The first is that this man is full of silent wisdom and compassion. He does not always tell you what he is thinking, but if you ask, he gracefully can give you advice without making you feel anything but blessed to get a chunk of wisdom gold from him.

The second thing just about sums up why Jim is my third Gem in the Coulee: "He is the wind beneath my wings." That is what Joette wanted to make sure everyone knew about Jim. And I think he is the wind beneath at least 12 kids, 42 grandkids and a whole community - even if we didn't even realize he was there.

Thanks, Jim, for being a great citizen, neighbor, father and husband. You are a true treasure in our area.