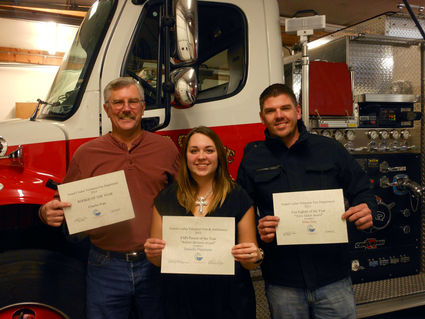 Charles Pope was recognized as "Rookie of the Year." Mike Day was named "Firefighter of the Year," receiving the "Terry Sieker Award."

Danielle Florenzen received the "Robert McGuire Award," as the EMS person of the year.

The Grand Coulee Fire Department made 40 fire calls and 239 ambulance calls through November this year, according to Fire Chief Richard Paris.