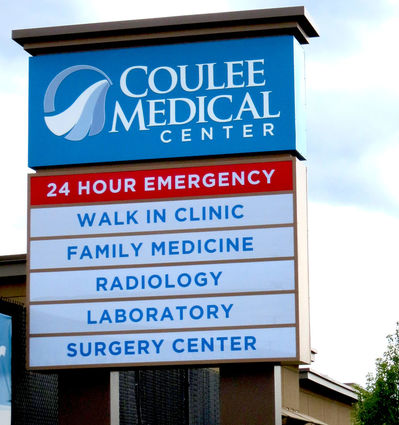 Three of four commissioners of the public hospital district that runs Coulee Medical Center have called a special meeting of the commission for Monday, Nov. 18 at 7 p.m.

Special meetings must adhere to a pre-announced agenda. The agenda emailed along with the notice to The Star Thursday night is a full one, including several non-standard items.

Near the end of the agenda is "Independent Financial and Procedural Audit."

The commission formed a compliance committee at the Oct. 30 meeting, where a room full of people were unhappy about recent hospital directions, including a decision to drop a popular week of discounted laboratory tests in May on the advice of the district's attorney.

The committee is charged with trying to find a way to restore the lab test deal.

The notice of the meeting was sent by Commissioner Jerry Kennedy and on behalf of commissioners Geary Oliver and Kris Hare. Commission President Greg Behrens is not listed.

The Star was notified because state law says any news media that has asked to be notified of special meetings must receive written notice at least 24 hours in advance, along with each member of the governing body that is meeting.