Cause of death under investigation 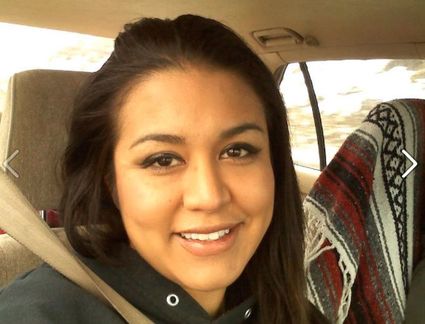 A photo of Mia Stanger she shared on Facebook in February.

NESPELEM (Nov. 1) — Tribal police are investigating the death of a 29-year-old woman whose body was found in Nespelem, just before 5 p.m. Oct. 31.

Colville Tribal Police Chief Cory Orr said in press release that the woman had been identified as Maria Victoria Sanchez, born May 31, 1984.

Orr said police are currently investigating "the cause and circumstances surrounding the female body" and that no other information would be released until after a medical examination scheduled for Sunday.

Community sources, however, report that her body was found near a bridge on School Loop Road, which is not far from a house where she once lived.

The victim had a Facebook site under the name of Mia Stanger, on which friends are expressing their grief and their admiration for the kind person they knew her to be.