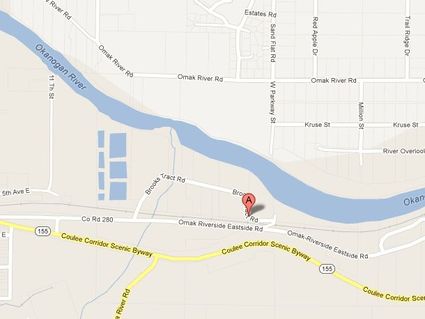 An 88-year-old Omak man was found dead Feb. 9, and police are investigating his death as a homicide.

On the Colville Indian Reservation just outside Omak, the vicitm was found by his daughter who called police just after 9 a.m. Saturday.

Below is a press release from the Okanogan County Sheriff’s Office.

On 02-09-13 at around 9:10 PM Okanogan County Deputies along with Omak Police Department and Colville Tribal Police responded to 33 Brooks Tracts, just outside of Omak reference a possible homicide.

When they arrived on scene they contacted the victim’s daughter who had discovered her father and then called law enforcement. The investigation is a homicide and is being investigated by the Okanogan County Sheriff’s Office. A search warrant was obtained early this morning for the residence and at this time Washington State Patrol Crime Lab is processing the crime scene.

The victim’s vehicle was also stolen from the residence but was located early this morning in East Omak and has been impounded as evidence. At this time there have been no arrests but Deputies are following up several leads.

Victim in the homicide is Leonard K. Miller, 88 of Omak. Mr. Miller has been a lifelong resident of Omak.

Further updates will be put out as the case develops.