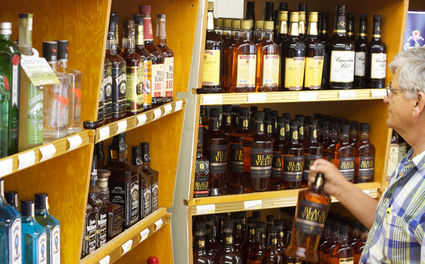 Safeway, which chose to place before-taxes pricing on their bottled inventory, said the ticket shock they expected at the cash register didn’t happen.

At Marvin and Shirley Palanuk’s store, formerly a state-contracted liquor store, the pricing was done differently; they provide a breakdown of retail cost, taxes and liter charge with the full price listed right on the shelf.

Palanuk said that the state still has control of how they operate, even telling them what they can do with advertising and signage.

Safeway’s in-store pricing gives the bottle price (which can’t be below cost) and the tax is added at the register.

“We haven’t had a lot of problems with people being too shocked at the cost,” Safeway Manager Lori Sires stated.

There are a few holes in the store’s display because some brands are not fully available just yet, Sires noted. 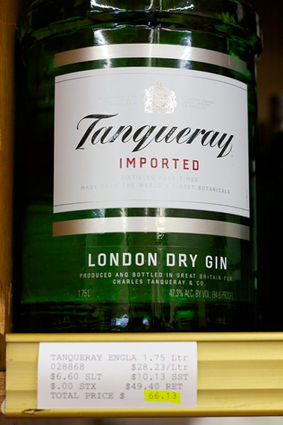 Palanuk said that a bottle of liquor costs consumers anywhere from $3 to $8 more now than it did when the state controlled liquor sales.

Between fees and taxes, customers in Washington pay some 37.5 percent above the bottle cost, plus a $3.77 per liter fee.

Palanuk said that some product wasn’t available, accounting for some of the vacant spots on shelves of his now private store.

A remodeling last week of his store will afford future room for micro-brews and a wider wine selection, he said.

Palanuk said when he operated the state store he sold from 120 to 150 cases a week.

“It will be interesting to see what we will do now,” he stated.

Both stores said that there has been a great deal of interest in the new direction the liquor business has taken.