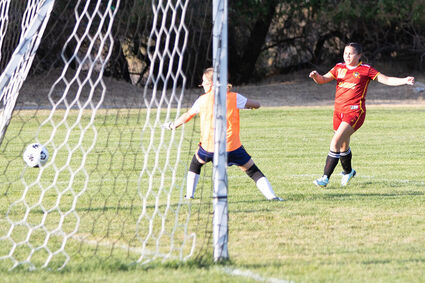 The Lady Raiders soccer team won 10-3 at home in Grand Coulee against Oroville on Oct. 4.

Eighth-grader Phenyx Marchand scored her first goal as an LR soccer player during the game, aided in the victory by Sawyer Steffens, co-captain of the team, who scored three goals in the game, co-captain Nautika Brown, who kicked two in, and Leighani Marconi and Taylor Tomas who scored two each for Lake Ro...