Raiders compete in battle of wits 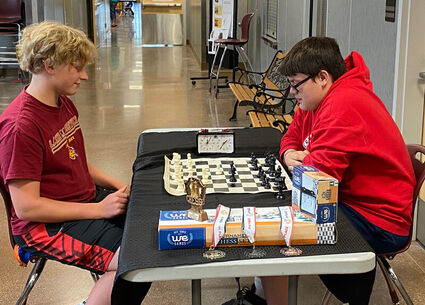 A longtime school club showed one more sign of a return to a more normal school culture this week, following a couple years of pandemic restrictions.

"Chess Club has been around in one form or another here at LR for over 10 years, and we've conducted a school-wide open tournament most of those years," said Steve Files, who described himself as "the informal advisor" of the club who also enjoys the game. "It is a great way for our students to develop their critical thinking, have fun and compete with one another."

"To date, we have not competed with any other schools though it would be super fun if we could someday," Files said. "We have so many kids involved in sports after school (which is fantastic) it has been a challenge finding a regular meeting time for chess club during the school year. That is why we typically wait until the end of the spring sports season to determine a chess champion."