Lady Raiders head to state as district champs in softball 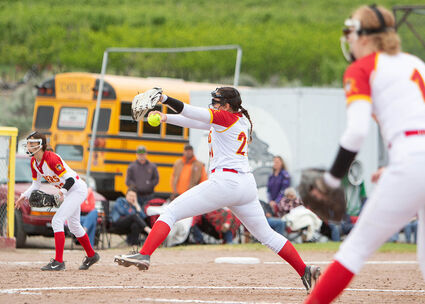 Aaliyah Marchand pitches in the district-winning game against Okanogan with Nautika Brown at third base, left, and Emma Marchand at first, both poised for action. - Scott Hunter photos

The Lady Raiders softball team defeated the top-ranked Okanogan team in Okanogan May 19 to become the District 6 champions for the first time.