Why is it called Colorama, anyway? 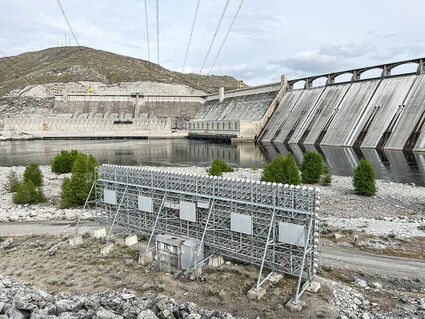 The giant bank of lights below the spillway of Grand Coulee Dam remains a silent, and dark, witness to an earlier time. The lights were snuffed in favor of the new laser light show in 1989. - Scott Hunter photo

It's Mother's Day weekend in May, which means it's also Colorama time.

If you're new to the area, it's pronounced with the word "color" in it. Some people unfamiliar with our unusual spring festival name see it in a medical context, rendering a completely different connotation.

So why is the festival called Colorama; what's so colorful?

When local folks first decided to have a big spring hoot,...