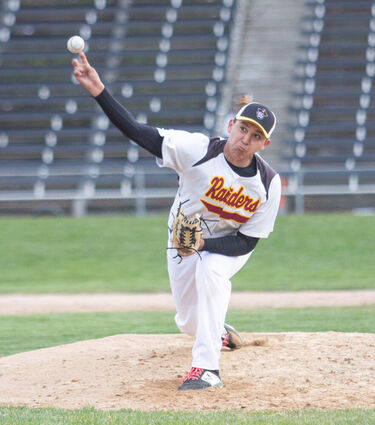 The Lake Roosevelt Raider baseball team lost a game against Okanogan last week and will play with the Mountain Lions twice this week.

The Raiders lost 5-2 against Okanogan April 19 in Coulee Dam.

The Raiders have a win-loss-tie record of 8-5-1 overall, 4-4 in the Central Washington 2B league, ranked third.

The Raider boys were scheduled to host the Liberty Bell Mountain Lions yesterday, results of which will be in next week's Star. 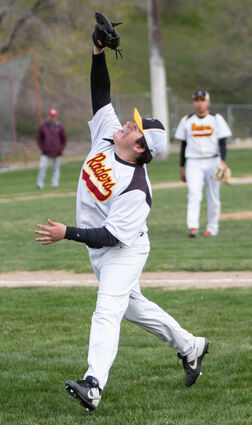 James Kensler moves up from first base to catch a pop fly for a third out.