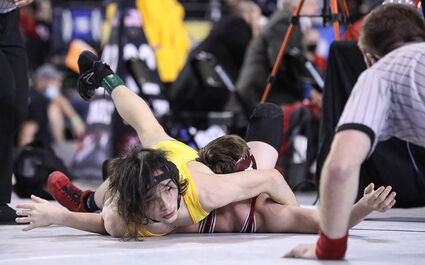 The Raider wrestlers did it again, producing two state champs and two second placers over the weekend, with the team taking third place in the state.

"Every single wrestler on the team won a match at state and scored valuable team points to allow us to get third," Head Coach Billy Monroe said. "When the season started, we were ranked as the seventh best team in the state, so I think we surprise...