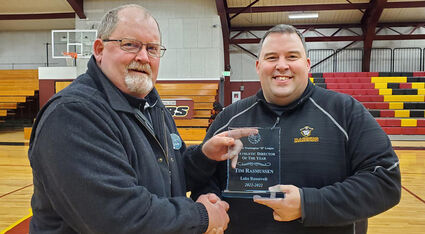 "I'm just honored that the other ADs in the league have taken notice of what we're doing at LR," Rasmussen said. "We have a...