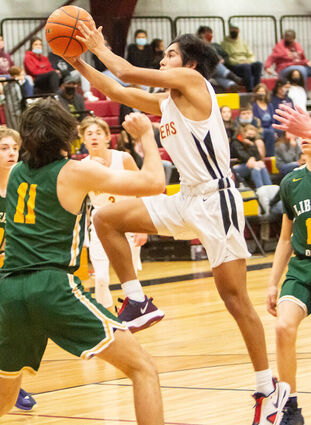 Chase Marchand lays one in for two. - Scott Hunter photo

The Lake Roosevelt Raiders basketball team defeated both Oroville and Liberty Bell this past week to continue their undefeated status, now with a win-loss record of 6-0.

The Raiders led 34-22 at the half before closing out the game, scoring 37 more in the second half to the Hornet's 25.