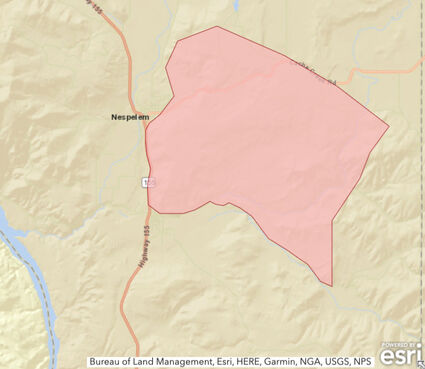 The largest of the fires, near Nespelem, has consumed over 10,000 acres by early afternoon Tuesday. - image from the Northwest Fire Interactive Web Map

The fire took out CenturyLink equipment, leaving the town, the agency, Tribal Police and the Mt. Tolman Fire Center, itself, without phone service.

The release said that several livestock, horses and wildlife had been killed by the fire or were severely injured and had to be put down.

The fire started about 7:15 Monday night when a thunderstorm rolled over the land, lightening striking the earth about 60 times.