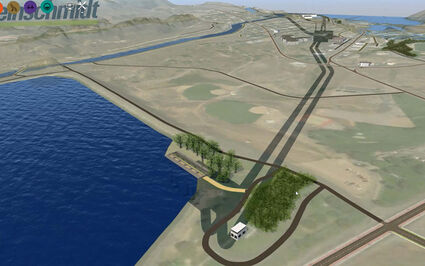 An illustration shows the route of two penstocks from an intake facility behind North Dam under North Dam Park and the city of Grand Coulee in the distance and ending in Lake Roosevelt. - Courtesy of Columbia Basin Hydropower

The Banks Lake Pumped Storage Project, which would bring an estimated 1,000-2,000 workers to the area during construction and add an extra 500 megawatts of hydropower electricity per hour, is still in the works, if a little Covid delayed.

Secretary Manager Darvin Fales of Columbia Basin Hydropower spoke to The Star on the phone Tuesday, with an update on the project for the first time since the...