First-round vaccine appointments to be canceled 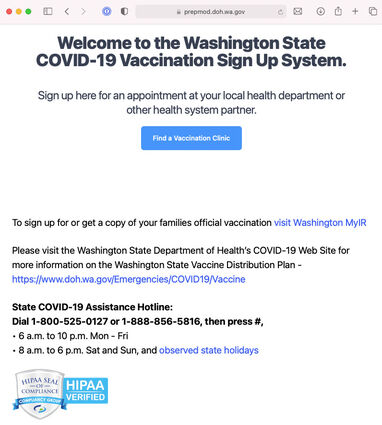 The top administrator at the organization that has been providing vaccines at Coulee Medical Center said Wednesday that existing appointments for a first-round vaccine against Covid-19 are to be canceled due to lack of supply.

She told county leaders on a scheduled Zoom call this morning that nearly 2,100 appointments for the first vaccine must be canceled in order to make sure they have enough vaccine doses to meet commitments for scheduled second-vaccine shots.

The Pfizer vaccination is a two-shot process, with the second shot needing to be injected three weeks after the first.

"We will be close on whether we will be able to five all those second doses," Sullivan said.

Sullivan said those cancelations will include not just their Moses Lake schedule, but also all those clinics scheduled for clinics further out in the county, including at Coulee Medical Center.

"We get no notification," Sullivan said of the process through which vaccine supply comes from the federal government through the state.

That process is just now changing, noted Grant County Health District Administrator Theresa Adkinson. Instead of letting states know what their allocation will be for the next week, she said, the federal suppliers will now be setting up a three-week schedule.

Adkinson said she had been telling sites that morning to send anyone 65 or older to the mass vaccine site in Wenatchee.

A check of the state's website for booking appointments for vaccines showed, at 5:25 p.m. one appointment available in Eastern Washington this week in Wenatchee. Hundreds became available Wednesday afternoon in the San Juan Islands, but they were disappearing quickly.