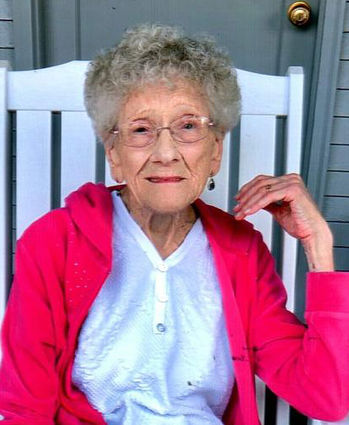 Ima Jean Gordon passed away in the early morning hours of October 24, 2020. She was 93 years old and lived a full and beautiful life. As she always said, "it's been a good run."

Ima Jean was born in Bull Creek, Oklahoma on September 9, 1927 to Frank and Penelope Wilson. She was one of five children. Ima Jean was raised on the family homestead and attended school in Maud, Oklahoma. It was there that she learned her strong work ethic, fierce independence, and a bit of stubbornness. These life skills would serve her well through her entire life.

While working in a cafe in McAllister, Oklahoma, her cousin introduced her to a young man named Clarence Gordon. Clarence and Ima Jean were married in 1945. A few years later they moved to Grand Coulee, Washington where they started their family. Ima Jean was deeply involved in the community. She was a dedicated member of the Methodist Church, and helped raise money for the Grand Coulee Community Hospital. Ima Jean managed the Russel Drug store in Grand Coulee for many years. She enjoyed serving in a leadership role. The opportunity allowed her to train numerous employees and teach them valuable life skills. She continued to work at the drug store even while going through radiation treatments for cancer.

After retiring from the drug store in Grand Coulee, Ima Jean moved to Spokane in 1989. She then started her "retirement job" working for Wayne Clemens at the Medicine Shop. When she was not working part time at the Medicine Shop, she served as a full-time Grandma. Children were the light of her life. She had a remarkable ability to connect with children of all ages. After spending a day with Grandma, any child that left her home had pockets full of candy and a trinket in their hand. She cherished friendships that she developed in Spokane. She made numerous friends while living at the retirement communities Contempo, and The Vintage of Spokane.

Family came first for Ima Jean. She loved visiting with her family members and getting updates on their lives. She gave sound advice and strong hugs. A true social butterfly, Ima Jean never missed a good party. She always came prepared with one of her famous pretzel salads. Holidays were important to her. Christmas was her favorite holiday. She was one of the only Grandmas that actually woke up the grandchildren on Christmas morning, because she was just too excited to let them sleep. Despite her numerous physical ailments later in life, her faith remained strong, and she enjoyed each and every day.