Voting by mail or ballot drop box a "well-oiled machine" 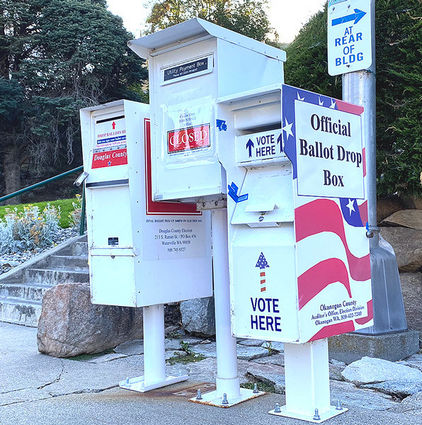 Voting by mail in Washington is safe and secure, Kim Wyman, the secretary of state and the state's top election official has said repeatedly over the last several months. But President Trump's insistence that it's not, as well as changes happening in the U.S. Postal Service lengthening delivery times have concerned the public.

That's had Wyman, a Republican seeking her third term in office, also touting the state's system of ballot drop-off boxes.

"Our experience in Washington," she wrote in MarketWatch Sept. 30, "... proves that drop boxes are secure, convenient and a great way to ensure ballots are submitted on time."

Local voters can choose to drop their ballots off at drop boxes located throughout our area.

In Grant County, the process of counting votes that come in through the post office or through ballot drop boxes is "a well-oiled machine," according to Certified Elections Administrator Dedra Osborn.

"We've been doing mail in ballots since 2008 and we've never had a hiccup," Osborne told The Star over the phone on Monday. "The post office works very closely with us. We've never had one problem."

Locally, a ballot drop box for Grant County is located at the Grant PUD building along SR-174, east of the intersection with SR-155.

The box will be open to receive ballots on Oct. 14, Osborn explained, and a flag raised to highlight the box's location.

The box will be checked about twice a week by two people from the county elections and auditor's offices who will place the ballots into a locked bag and bring them back to the elections office to be counted, with the counts not revealed until election night, Nov. 3.

Things work very much the same for the other counties.

Okanogan and Douglas counties each have a ballot drop box in front of Coulee Dam City Hall on Lincoln Avenue, which will also open on Oct. 14 and close at 8 p.m. on election day. 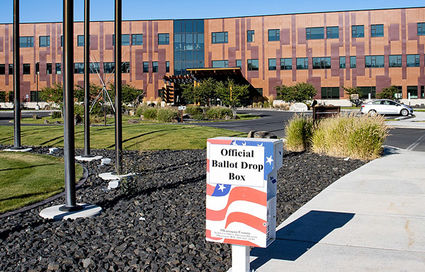 A drop box at Lucy Covington Government Center near Nespelem

Okanogan County's website says that ballots will be mailed out on Oct. 16, and that if a resident hasn't received it by Oct 23, they should contact the elections office at 509-422-7240.

Another drop box for Okanogan County is located at the Lucy Covington Government Center near Nespelem near the flags at the roundabout in front of the building located on Colville Street.

Lincoln County voters who wish to drop off their ballot in a drop box will have to go to Davenport to do so, where one box is located inside of the county courthouse on Logan Street Another box is outside of the courthouse in the parking lot, marked by flags.

Deputy Auditor Norm Caley said the boxes will be checked every day or two, and that they are expecting a large volume of ballots, with the election being one of the biggest in recent times.