Local doctor reports on effort to stop the virus 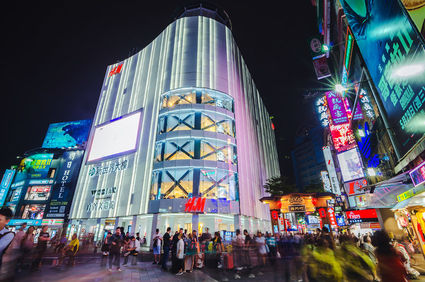 Ximending Night Market, shown in May 2019, is a very popular neighbourhood of Taipei. - chingyunsong - stock.adobe.com

A local doctor traveled this summer to Taiwan, a country noted as having had one of the best responses to the COVID-19 pandemic in the world, one with a strategy that differs greatly from that of the United States or even the state of Washington.

The island country 100 miles off the coast of the People's Republic of China that has had 488 cases of the disease among its population of 23.6 million, even though its population is approximately 115 times as dense in its cities as Grant County, which has seen 2,338 cases. Picture Electric City (population about 1,000) with more than 10,000 people in it for an apt comparison of density, but with lots of nightlife.

That could be very fertile soil for SARS-Cov-2, the virus that causes COVID-19, but Taiwan, with just seven deaths, doesn't compare to Washington state's 1,931 deaths among about 7.6 million people spread over three times the area.

How does this happen?

Dr. Sam Hsieh, a surgeon and chief of staff at Coulee Medical Center, and his wife, Dr. Elizabeth Hsu, an endocrinologist at the hospital, traveled to Taiwan at the end of June for her father's funeral. Hsieh spoke with The Star on his observations during the trip.

The difference in the country's approach to the United States was apparent even on the plane there. The flight from Seattle to Los Angeles was fairly normal, although all wore masks.

But from L.A. to Taiwan, flight attendants were in full personal protective gear, including nylon hazmat-like suits. Meals were tailored to meet specifications to fight the spread of the disease: nothing hot so no blowing needed. And attendants had minimal interaction with passengers.

Getting off the plane in Taiwan, the Taiwan CDC meets travelers from the U.S., assigns each a health code identification barcode before asking health-related questions, takes their temperatures, twice, and sprays them with a decontaminant before putting them in a special Covid-outfitted taxi.

Before you get in the taxi to go to two weeks of quarantine, alone in a room (no couples), they wipe the bottoms of your shoes.

Food is delivered three times a day in quarantine, dropped off so there is no interaction. Hsieh stayed at his brother's home, but still quarantined alone.

"Psychologically, it did help that I was able to talk to family just outside my door," he said. Hsu stayed in a hotel.

"They take it very seriously," Hsieh said. And health officials still contact you every day to see how you are doing, always very courteous and professional.

Taiwan's flight crews returning from the U.S. also go through all this, but quarantine for six days, he said.

Of course, everyone is wearing a face mask. In fact, after the first SARS epidemic in 2003, when 26 countries were infected with the first SARS-CoV virus, it became a social norm to wear a mask out of the house.

So when the current pandemic hit just over the straight, Taiwanese people put on their masks back in late January.

"When we went outside, Taiwan essentially was like nothing happened. It was operating like it always has a with the difference that everybody had a face mask on." 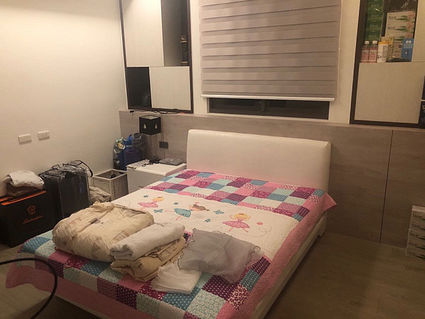 "All the restaurants are open, all the cafés, all the movie theaters are open," Hsieh said. "Taiwan is very well known for something called the 'night market" - street food ... stalls just one after another ... phenomenally crowded."

Also at play, though, is a national system for tracking health information that helps when public health officials need to trace those who may have been infected.

"It was almost like a centralized electronic health system that really helped them track their cases," Hsieh said. "That is something that is very important and something a lot of other countries are still working towards."

Hsieh to recount experience on Zoom

Dr. Sam Hsieh will talk about his experience with the Grand Coulee Dam Rotary Club in a Zoom meeting the public is invited to attend at noon on Sept. 9.

You’ll want to add the free Zoom app to your device if you don’t have it.