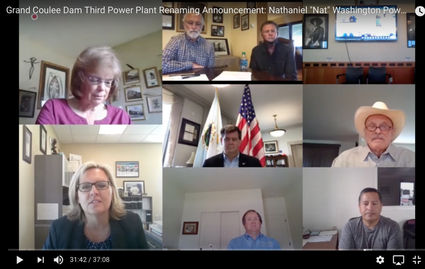 Grand Coulee Dam's Third Powerhouse was renamed by the secretary of Interior, announced Aug. 12 in an online meeting.

Grand Coulee Dam’s Third Powerhouse will be renamed, the secretary of Interior announced, according to the following press release from the office of Rep. Dan Newhouse, who represents the state’s 4th District in Congress.