Area people working on projects in their spare time 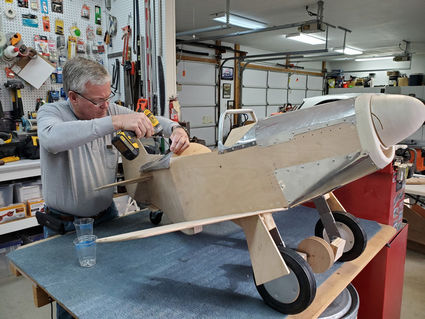 Bob Babler with a pedal plane that will look like a P-51 Warbird when he's done building it for his grandson. - submitted photos

Some people have found themselves with extra time to work on projects due to the social distancing mandated during the coronavirus pandemic.

Responding to a post on The Star's Facebook page, people shared pictures of projects they've been working on.

The variety of projects included paintings of construction machinery for a young boy's bedroom, Easter baskets, a raised garden bed made out of a bedframe, changing an engine out of a 1970 Chevelle, a "cold frame" flower/garden bed, a fort built by a boy in his backyard, and more.

Bob Babler is building a pedal plane for his 2-year-old grandson Jackson Alling.

"It doesn't take up as much space as the real airplane he built in our garage a number of years ago," his wife Diane said.

Babler, himself, is a pilot and also the manager at Grand Coulee Dam Airport. 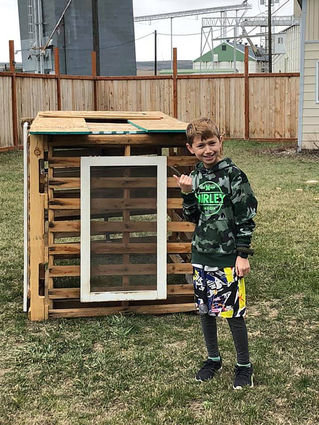 The plane came as a kit and Babler has been working on it for two months. The building of it is almost done, but some supplies will be needed to put the finishing touches on after the stay-at-home orders are lifted.

The plane, made out of plywood and aluminum, is a P-51 World War II "Warbird." It will be painted silver with red accents and insignia details to match.

Babler said he likes the looks of it and thinks his grandson will like it. He noted the propeller spins when you pedal it.

"He's really into airplanes," Babler said, adding that he'll probably give it to him on Christmas.

Babler said he took his own plane, a Vans Aircraft RV-7 kit airplane, for a flight recently. He went up alone for some quality social distancing.