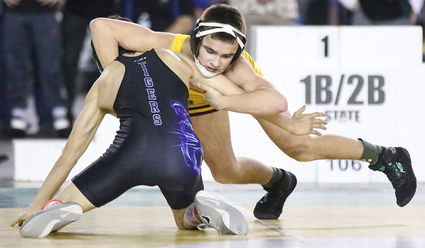 Raider wrestlers competed at the Mat Classic XXXII 1B/2B state tournament on Feb. 21-22 at the Tacoma Dome, where they placed fifth as a team with several medalists.

Out of eight LR participants at the tournament, five placed, including Colton Jackson, who took second place in the 106-pound weight class; Julian Lopez, fifth at 113; Sergio Galacia, sixth at 182; Myka Boyd, fifth at 195; and...