Project to be finished July 2020 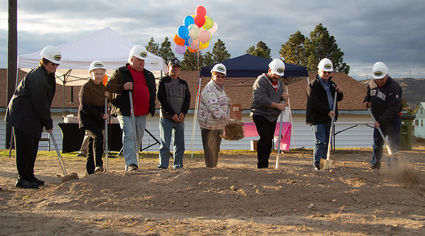 Officials broke ground on Electric City's first park, an Ice Age-themed area expected to be finished near the end of July, 2020 at a cost of over a half million dollars.

A ground-breaking event at the lot behind the fire hall was attended by a group of roughly 30-40 citizens and their children, current and former city council members, and clerks.

The little tykes found hidden toy eggs in the...