Lady Raiders first in league, third in region, on to state 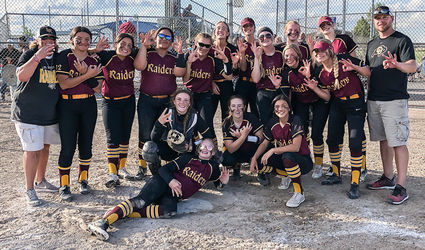 The Lady Raiders revel in a photo at home plate after relegating Brewster to fourth place and claiming third in District 5-6 tournament Saturday in Moses Lake. - Scott Hunter photos

The Lady Raiders have played their district and regional playoff games, finishing first in the league and third in the region, and are moving on to state play this weekend.

The Lady Raiders defeated Waterville 21-2 in a district playoff game on May 14 in Grand Coulee, finishing as the number-one team in the Central Washington 2B league.

One highlight in the game came when Addison Hansen hit a...