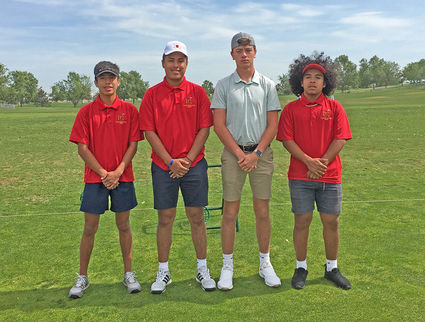 Darin Whiteman qualified for the state golf tournament Monday in Pasco at the District 5-6 tourney at Sun Willows Golf Course, taking sixth place in the tournament.

Whiteman shot an 88 for the day, rallying after a struggle on the front nine of the par-72 course.

That rally qualified Whiteman for the third consecutive year to represent Lake Roosevelt at the state tournament.

He’ll head to Tumwater Valley for that tourney next Tuesday.

“We’re all super proud of Darin’s great career here at LR and excited to see what he can do next week,” said Raider Coach Steve Files.