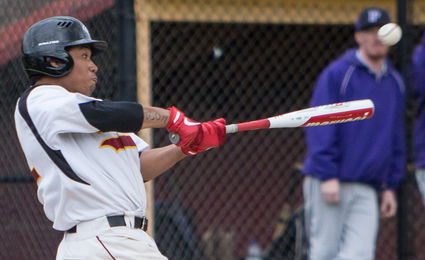 Trevor Johnson connects with a hit that brought a runner home April 16 in Coulee Dam against Pateros. - Jacob Wagner photo

The Raiders dominated Pateros on the diamond at Lake Roosevelt last week, but lost closer games in Tonasket.

Tonasket is on top of the Central Washington 2B league with a 9-0 league win-loss r...