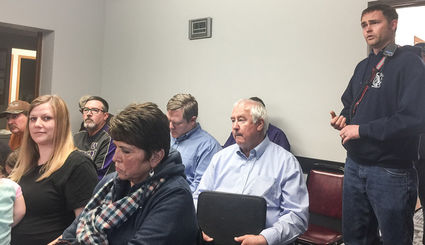 About 18 people in the crowd watched or participated in the discussion surrounding the city's plans to remove the stretch of Western Avenue directly in front of city hall and replace it with a sidewalk.

Most only found out about t...