Raiders over Liberty at state

Move on to play Life Christian Academy Thursday at 2 p.m. 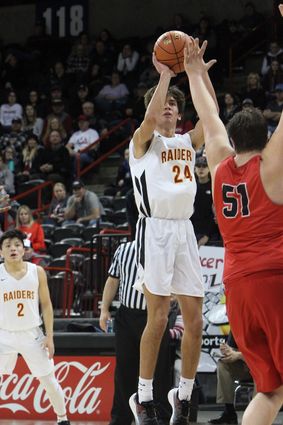 LR beats Liberty from The Star on Vimeo. 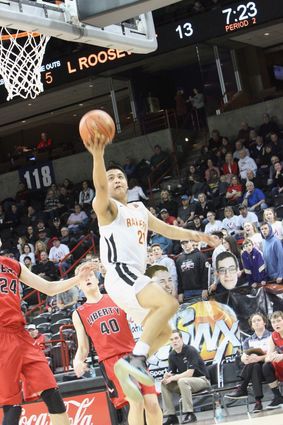 Adam George takes it to the hoop

They'll play Life Christian Academy tomorrow at 2 p.m. Winning that would put them one game away from the championship game; losing would mean they would play at 10:30 a.m. on Friday for a shot at either fourth place or sixth.

A win tomorrow would pit them on Friday at 5:30 p.m. against the winner of the Saint George's-Toutle Lake game, for a shot at the championship on Saturday.