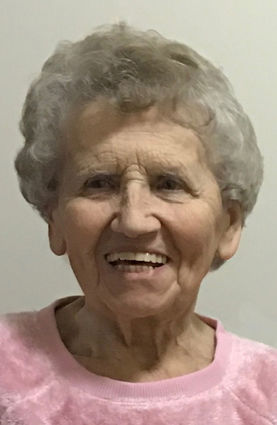 Sonja's life was characterized by resilience, perseverance and a tireless love for everyone in her family.

Born and raised in Nürnberg, Germany, Sonja was the only child of her mother and stepfather, Hans and Erna Wïld. She spent her teen years in Chojnice, Poland. As WWII was ending, Sonja and her mother left Poland just in time to evade the advancing Soviet army. They spent several months in a refugee camp near Copenhagen, Denmark, before returning to Nürnberg. In 1947, while working for the U.S. counter-intelligence corps in Germany, Sonja married Cliff Avey, a U.S. soldier who was stationed there at the time. Upon returning to the U.S., they settled in Peshastin, WA. Sonja and Cliff had three children: Richard, Barbara and John.

Sonja and Dr. Jack Everett were married on February 14, 1960, in Coulee Dam, WA (59 years to the day when she passed) and began the journey of raising their new blended family of Rich, Dave, Barb, John, Jane, Dan, Jill and Jim. Coincidentally, February 14 was also Jack's birthday.

Sonja was a busy woman, volunteering her time and talents as a room mother at Central Elementary School, Cub Scout den mother, leader of Brownie and Girl Scout troops, Coulee Dam tourist information volunteer, and Sunday School teacher at the Coulee Dam Community Church, where she was a member for most of her years in Coulee Dam. Sonja and daughter Barb operated the concession stand at Spring Canyon for several summers.

For many years, Sonja was an active member of the Grand Coulee Dam Lions Club and P.E.O. P.E.O. is a philanthropic organization, and Sonja served as the Washington State chapter president for the 1986-1987 term. She truly valued the experiences and friendships she gained during the course of all her civic involvements. And as if that wasn't enough to keep her busy, Sonja owned and operated a family clothing store in Coulee Dam, the Coulee Closet, from 1973 to 1987.

When the store closed, she went to work as Jack's receptionist in the dental office until they both retired in November of 1993.

In her spare time, Sonja enjoyed reading, knitting, and crocheting, and was usually always up for a game of Scrabble. Sonja thoroughly enjoyed the annual family summer vacation to go crabbing in the San Juan Islands and liked to search for agates on the beach.

In 2016, Sonja, along with daughter Barb, moved to an assisted living apartment in Spokane.

While it was a good place with new friendships and many activities, she always missed Coulee Dam, her home of 65 years.