POWER likely to disband after 30 years 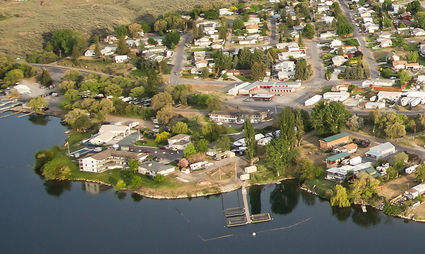 A longstanding local group whose efforts have enhanced area fisheries and outdoor sports for decades is likely to disband, says its longtime leader.

Promoters of Wildlife and Environmental Resources, or POWER, runs the fish-raising pens in Banks Lake in Electric City and has headed or managed other wildlife-related efforts over the past 30 years, such as feeding wild game birds. It now looks like it will shut down for the lack of someone to manage volunteer work.

The group met Feb. 6, and discussed what would be necessary to phase out feeding the fish in the pens that release about 300,000 trout into Banks Lake annually, some of which are eaten by bass, walleye, and burbot, keeping those species thriving.

A volunteer to manage the program, according to current manager Carl Russell, would have to commit to doing almost daily work for nine months, from October to June. The task involves organizing the feedings of the fish by other volunteers, taking the water's temperature, weighing the fish, traveling to Moses Lake once every month or so to pick up fish feed, and more. The process would take about a year to learn, Russell said.

Attempts to locate such a volunteer have failed, Russell told The Star, with some interested persons not wanting to commit once they learn everything the job entails.

Unless they find one very soon, the group won't apply for the next Aquatic Lands Enhancement Account grant, the application deadline for which is Feb. 28.

If the group disbands, its property will have to be sold, donated, or otherwise disposed of, and the net pens would likely be dismantled for liability reasons, Russell explained.

"I spent 30 years helping the birds and fish in this area," Russell said. "To see it go down the tubes is a sad situation."

In a May 2018 article in The Star, Lou Nevsimal, of Coulee Playland, weighed in on the implications of the pens being shut down.

"The lake has a good reputation for big rainbow," Nevsimal said. "If they stopped stocking them, it would no doubt have an impact on the local economy if the quality of fishing declined – not only for us, but campgrounds, restaurants and gas stations, as well. Fishing here is a huge part of the economy that affects the whole area."

"We unfortunately do not have the staff, time, or budget to operate the net pens," said Washington Department of Fish & WIldlife Biologist Michael Schmuck. "WDFW's plan is to still release those trout into Banks Lake via direct plant in the spring and fall."

Those fish will be small, unlike the fish that come from the pens which have the chance to grow larger before being released.

Someone who would potentially want to commit to the detailed volunteer work could contact Russell at 509-633-0648, but should do so as soon as possible.