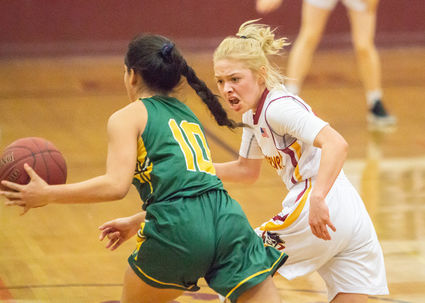 The Lady Raiders won three games last week to wrap up their regular season ranked second in the Central Washington 2B league.

Ellie Hansen led the Lady Raiders with 18 points, sinking eight of her nine shots at the basket and making two free throws. She made seven rebounds,...