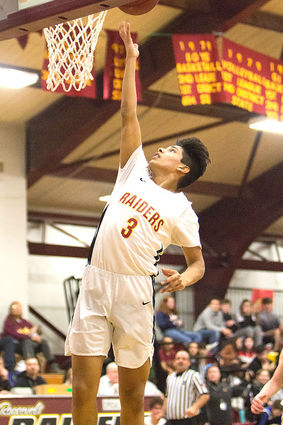 The Lake Roosevelt Raiders basketball team trounced the Trojans and turned the Mustangs into dog food this past week, winning by extra-large point margins.

The Raiders defeated the Manson Trojans on the road Jan. 8, scoring almost double what the Trojans did, winning 80-41.

"Our boys just played really well," Head Coach Jeremy Crollard said. "We studied film, shut down what they wanted to do, pressed, and the boys just showed up and shot really well, and played physical."

"It was definitely our best game of the year," Crollard remarked.