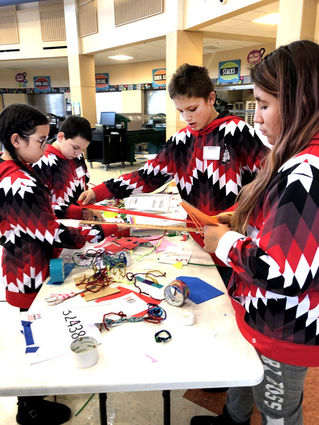 With a little over a month to prepare, the small team of five middle-school students competed against 23 teams in Wenatchee, Principal Marcy Horne reports.

This year's competition theme was "Out to Orbit," and the team was judged on robot design fo...