Raiders' season ends in first round of state 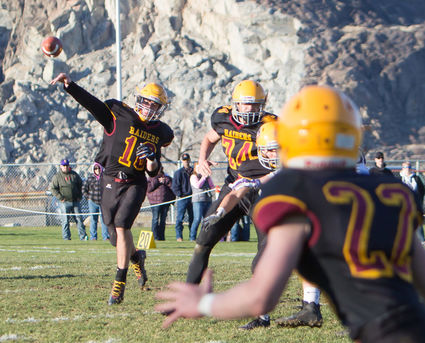 The Lake Roosevelt Raiders football team suffered their first loss of the season Saturday in Coulee Dam, losing 28-24 to the Onalaska Loggers in the first round of the state tournament, ending their season.

Onalaska took an early lead, scoring two touchdowns and two two-point conversions to go up 16-0 in the first quarter.

But Raider Cameron St. Pierre returned a kickoff for a touchdown, keepi...