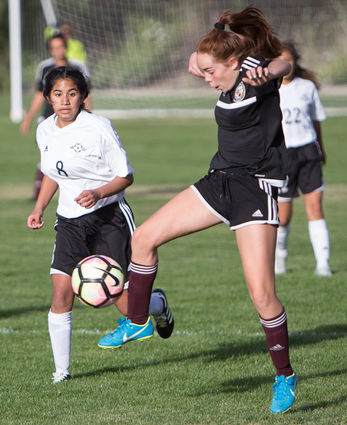 Sadi Trotter works to get the ball down field. - Jacob Wagner photo

At home on Oct. 2, the Lady Raiders played against the Bridgeport Fillies on a windy day.

The ball was noticeably affected by the wind on many kicks as it flew through the air.