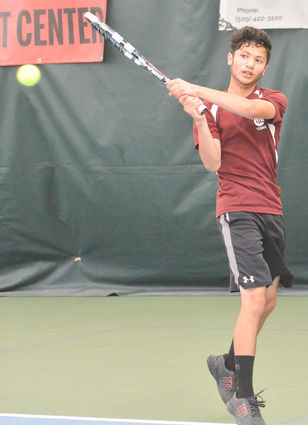 The Lake Roosevelt Raiders tennis season ended in Omak last week at the district tournament where top tennis players from the Central Washington 1B/2B League faced off against the best players from the A-schools of the Caribou Trail League.

The Raider tennis players didn't fare so well, with the two Raider boys and three Raider girls each being eliminated in only two sets.