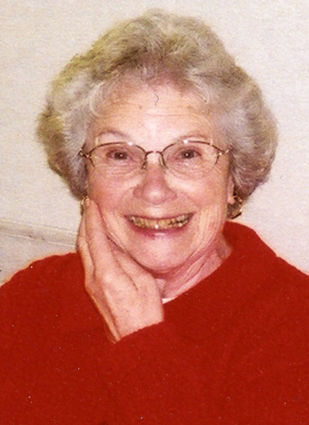 Shirley Jean Jones went to be home with her Lord on Wednesday, February 28, 2018. She was born September 8, 1930, in Seattle, Washington, to Henry and Martha Sagehorn.

The family moved to Tacoma, Washington, where she graduated from Lincoln High School in 1949. Shirley then attended Pacific Lutheran College. During this time, she met the man who would become her husband, Preston Jones. They married December 15, 1951, and were together for 66 years. They had two daughters, Michelle and Lisa.

Later in her life, she attended Clover Park Vocational and became a key-punch operator in the early days of computers. Their family moved to Salem, Oregon, in 1968. There, Shirley was employed by Oregon State Accident Insurance Fund where she became the key-punch supervisor.

The family enjoyed camping and being involved with St. Mark Lutheran Church. Upon their retirement, Preston and Shirley were active in the Holiday Rambler RV club and traveled to Mexico, Alaska and New England. Their favorite spot, though, was camping on the Oregon coast. They also followed their grandchildren in their many sports activities. For many years, she and Preston hosted Thanksgiving in their Salem home for as many as 20-30 family and friends. She was a loving wife, mother, grandmother and great-grandmother who welcomed all to her home. Family was her joy.

In 2010, she and Preston moved to Grand Coulee to be closer to their daughters and grandchildren.

She was preceded in death by her parents, brother and daughter, Michelle. She is survived by her husband, Preston; daughter, Lisa Wiese, and husband Den; her grandchildren, Kathy and husband Joey, Karmen and husband Wade, Kim and husband Richard, Kurt and wife Bethany, pf us 10 great-grandchildren.

Lisa and Den will host a celebration of Shirley's life at their home on Saturday, March 31, from 1:00 to 4:00. All who knew Shirley are welcome.