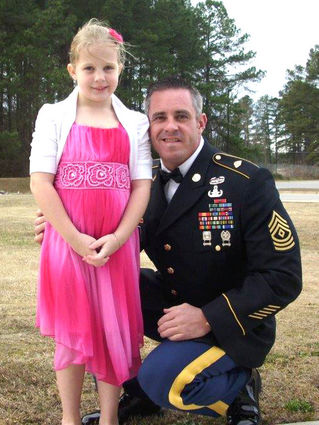 Army First Sergeant Anthony (Tony) Wilson returned from Afghanistan in November, 2012. He spent 13 months in Afghanistan as the First Sergeant of the 737th Explosive Ordnance Disposal Company. Fort Bragg, N.C., is the home of this company.

Wilson has recently been scheduled for reassignment to Eglin Air Force Base, Fort Walton Beach, Fla. Wilson will be the first sergeant for students passing through explosive ordnance training school. The E.O.D.N.A.V. is a multi-service training center for military explosive disposal technicians.

Wilson has in the past been assigned diplomatic and political security assignments both domestic and overseas. He has also served through multiple deployments to Bosnia, Kosovo, Kuwait, Iraq and Afghanistan.

Wilson considers Grand Coulee his childhood home. He is a 1995 graduate of Lake Roosevelt High School, entered the Army in 1996. He is the son of Louan and Dale Wilson of Electric City.