Senator to speak at graduation 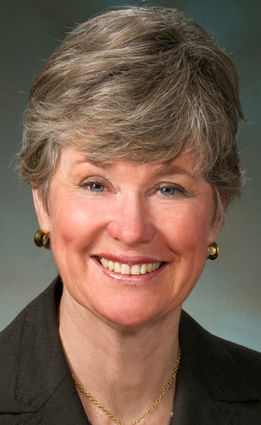 State Sen. Linda Evans Parlette will be one of the speakers at Lake Roosevelt High School’s graduation exercises, Saturday, June 9.

Parlette said last week that her talk will be brief and that she was taking the opportunity while in the community to meet with any constituents who want to talk with her. She said she will be at the R&A Cafe in Coulee Dam from 11 a.m. to noon for public meetings.

She will address the graduating seniors shortly after the start of ceremonies beginning at 1 p.m.

Parlette was invited to speak by school district Superintendent Dennis Carlson because she had been so helpful in securing state funding for the district’s new K-12 facility, due for occupancy in the fall of 2014.

“I first got interested in your building needs about five years ago when an aide from my office came to the district because of a transformer issue,” Parlette recalled.

The transformer problem, now solved, was the start of dozens of meetings and contacts with state and federal legislators about funding for a new school.

Parlette was instrumental in getting $500,000 from the Legislature for a survey and study of need.

During this time the architectural firm of Design West was hired to do the survey which resulted in preliminary drawings for new buildings.

Next, Parlette secured $14 million from the state toward a building and only recently secured another $17 million in the expanded legislative session this spring.

The district learned a few weeks ago that the Office of Superintendent of Public Instruction gave a go ahead on the project.

“Sen. Parlette has been a good friend of our district and its needs,” Supterintendent Carlson said.