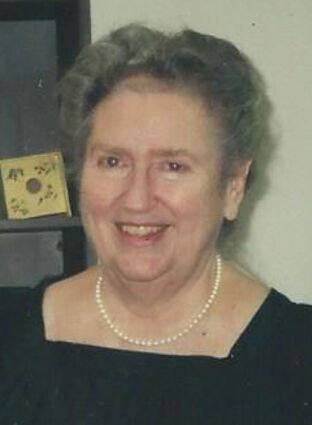 Gloria was a great student, beginning school in the second grade at Elmer City. She was musically gifted and could play almost any instrument by note or by ear, including the piano, accordion, guitar, banjo, and alto and tenor saxophones. She was a member of the Coulee Dam High School band through junior high and high school, playing many concerts and parades. Outside of school, she began playing accordion in a local band name the "Rhythm Ramblers" at 13, and then played with "The Forty Niners."

She married John Holmdahl in 1954, when she was just 16 and he was just 17. They took over the Coulee Dam Hardware, which they ran for many years along with John's brother, Jim Holmdahl. In 1976, John and Gloria moved to Spokane, where all three of them again opened a successful small business on the north side of town called, The Lumberyard. They ran that until their retirement.

Gloria had many interests, but she especially loved to read. She would bring home a stack of books from the library, and have them read within a week. She also was a gourmet cook.

She is preceded in death by her parents, brother Rick Pryor, and her son, Dale Holmdahl, who died in a car accident at the early age of 15. No service requested. Donations can be made in Gloria's name to Hospice of Spokane.