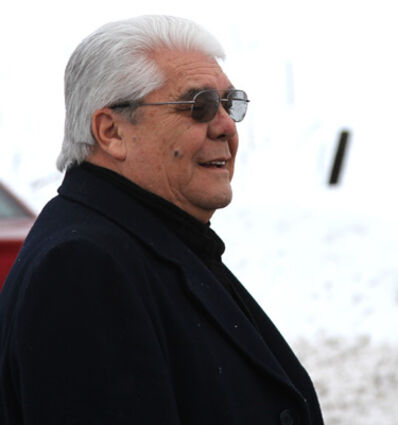 A new book by Colville Tribal member Arnie Marchand titled "What Is Your Name?" describes the way of life of the Okanogan Native Americans, examining the lives of individuals and the history of the people.

The book, Marchand's second, is published by Heritage Productions out of Oroville where Marchand lives, and is available on Amazon as well as through the North Central Washington library system, which includes the Grand Coulee Library.

"In this work I want to let you know some things about our People, the Okanogan Indians of Lower Interior of British Columbia and North Central Washington in America," the book starts out.

Marchand describes the times before 1810 as "BC" standing for "Before Caucasian," and the time after 1937 as "AD" standing for "After the Dam," referring to the construction of the Grand Coulee Dam, which flooded traditional Okanogan lands and significantly altered their way of life.

Historical events and people are written about, with figures ranging from Mourning Dove "the first Native woman in the United States to have a published book" to Marchand's father George Marchand, to figures that served on the Colville Business Council of the Colville Confederated Tribes in recent decades, with 25 short biographies in total.

In a chapter titled "These are stories we never tell white people," Marchand writes "I want to go to a place that I really didn't want to go. To a place that you call myth or legend or Indian stories or just an all out lie. In Indian Country we don't call them that. It is the telling of stories about the Little People, Sasquatch (sometimes called Stick Indians) or the Ogapogo in Okanogan Lake."

Marchand, having spoken to schools, shares questions he's been asked and his answers to those questions describing smudging, how powwows started, and more.

"I hope I can give you some information and entertain you while you read this work," Marchand writes in the beginning of the work.