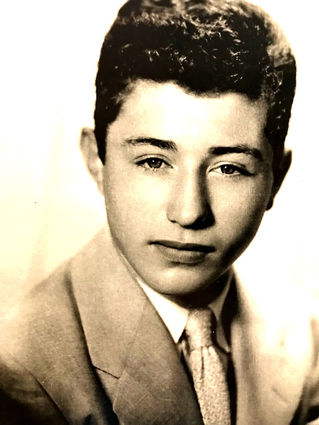 Jim was born to Bud and Juanita Gallaher on December 15, 1937, at the Colville Indian Hospital in Nespelem, Washington. He graduated from Nespelem High School in 1955. Shortly thereafter he began work at Biles-Coleman Lumber Company and continued to work in the logging industry on the Colville Reservation for the rest of his career.

In 1957 he married Beverly Morin, in Coeur d'Alene, Idaho, and they settled in the Nespelem community where he lived his entire life.

Jim was known for his love of the outdoors and hunting and fishing on his native lands. He also enjoyed having a good time and his home was filled with family and friends, laughter and music.

He is survived by his five children: James Howard Gallaher Jr. (Jamie), John Gallaher, Terry Gallaher, Danita Godbey, and Jeffery Gallaher. He was blessed with numerous grandchildren and great-grandchildren who also survive him. Two of his sisters, Sharon Holmdahl and JoAnn Cook, also remain.

Graveside services were held at 10:00 a.m. on April 23, 2020 at the Nespelem Community Cemetery. A Celebration of Life event is planned for later this year.